Writing songs helped shape the idiosyncratic, elliptical prose style that made him one of the most acclaimed and influential British writers of his generation. “That was all very good preparation for the kind of fiction I went on to write,” Mr. Ishiguro said in a 2015 interview with The New York Times. “You have to leave a lot of meaning underneath the surface.”

Mr. Ishiguro, 62, is best known for his novels “The Remains of the Day,” about a butler serving an English lord in the years leading up to World War II, and “Never Let Me Go,” a melancholy dystopian love story set in a British boarding school. He has obsessively returned to the same themes in his work, including the fallibility of memory, mortality and the porous nature of time. His body of work stands out for his inventive subversion of literary genres, his acute sense of place and his masterly parsing of the British class system.

“If you mix Jane Austen and Franz Kafka then you have Kazuo Ishiguro in a nutshell, but you have to add a little bit of Marcel Proust into the mix,” said Sara Danius, the permanent secretary of the Swedish Academy.

“He doesn’t look to the side,” she said. “He has developed an aesthetic universe all his own.”

At a news conference at his London publisher’s office on Thursday, Mr. Ishiguro was characteristically self-effacing, saying that the award was a genuine shock. “If I had even a suspicion, I would have washed my hair this morning,” he said.

He added that when he thinks of “all the great writers living at this time who haven’t won this prize, I feel slightly like an impostor.”

In a career that spans some 35 years, Mr. Ishiguro has gained wide recognition for his stark, emotionally restrained prose. His novels are often written in the first person, with unreliable narrators who are in denial about truths that are gradually revealed to the reader. The resonance in his plots often comes from the rich subtext — the things left unsaid, and gaps between the narrator’s perception and reality.

After studying English and philosophy at the University of Kent, in Canterbury, he spent a year writing fiction, eventually gaining a Master of Arts in creative writing.

His deep understanding of the social conventions and affectations of his adopted homeland shaped his third novel, “The Remains of the Day,” which won the Booker Prize. Mr. Ishiguro, who writes his first drafts by hand, later said he had written the book in four weeks in a feverish rush.

When he published “The Remains of the Day,” Mr. Ishiguro worried that he was repeating himself by writing another first-person novel with an unreliable narrator, but critics saw the book as an extreme departure.

His 2005 novel, “Never Let Me Go,” was regarded as yet another stylistic leap into futuristic science fiction, although it was set in the 1990s.

In selecting Mr. Ishiguro, the Swedish Academy, which has been criticized in the past for using the prize to make a political statement, seemed to focus on pure literary merit.

The Nobel Prize in Literature is given in recognition of a writer’s entire body of work rather than a single title.

Recently, the academy has often overlooked novelists and poets in favor of writers working in unconventional forms. Last year, the prize went to the singer-songwriter Bob Dylan, “for having created new poetic expressions within the great American song tradition,” a choice that infuriated some traditionalists. In 2015, the Nobel went to the Belarusian journalist and prose writer Svetlana Alexievich, who is known for her expansive oral histories, and in 2013, the Canadian short story writer Alice Munro won.

In an telephone interview on Thursday, Mr. Ishiguro, sounding flustered and stunned, said he was sitting at his kitchen table writing an email in his London home, where he lives with his wife Lorna, when the phone rang. It was his agent, who told him that the Nobel committee had announced his name. Then the BBC called, and a gaggle of journalists and photographers gathered in front of his door. “It was very embarrassing,” he said. “My neighbors probably thought I was a serial killer or something.”

“I’ve got a novel to finish, and it’s not an easy novel,” he said. “It’s going to be just as difficult to get on with it when the dust settles as it was before.” 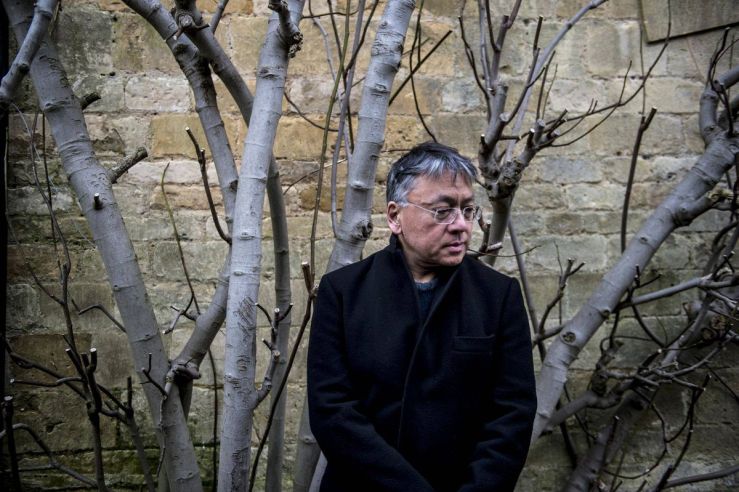 “At the beginning of the war, it was possible to separate the Nazis from the Germans and recognize that not all Germans were Nazis. As the clash between the two nations wore on, and as more and more English fathers and sons and brothers died, distinguishing the difference became more difficult. Eventually the difference vanished altogether. Realizing he needed to fuel the British war effort, Prime Minister Winston Churchill fused the Germans and the Nazis into a single hated enemy, the better to defeat it swiftly and end the unrelenting nightmare.” — Eric Metaxas, Bonhoeffer: Pastor, Martyr, Prophet, Spy

“Winston Churchill (1874-1965), a direct descendent of the Duke of Marlborough, became Britain’s Prime Minister on May 10, 1940, the same day the German armies launched their invasion of France. In the front rank of the twentieth century’s most formidable statesmen, Churchill was renowned for his eloquence as an orator, for his gifts as a writer, and for his courage as both a soldier and a politician.” — Lapham, Lewis H., editor. Lapham’s Quarterly. Volume 1.1.

The Bible says God created the world in six days and on the seventh day he rested. But less than 10 percent of people in the U.K., including those with religious beliefs, now accept the biblical account of Creation.

According to a new survey published this week, the majority of Britons, including adherents of the major faiths, now accept evolutionary theory.

Even so, 19 percent of religious people in Briton (and 29 percent in Canada) found it somewhat difficult, difficult or very difficult to accept evolutionary science.

Yet at the same time that a broad consensus has developed in the U.K. about evolutionary science, significant numbers of British people without religious beliefs and even atheists do not find that evolution provides a satisfactory explanation for the development of human consciousness and the origins of what can be called spiritual aspects of human nature.

“What these surprising findings highlight for the first time is that concerns about evolutionary science aren’t necessarily based solely on individuals’ religious identity,” said Fern Elsdon-Baker, the study’s principal investigator and the director of the Science and Religion: Exploring the Spectrum project.

“We found a range of people are uncertain of evolutionary science-based explanations for the origin of humans and human consciousness. It appears rejection of or uncertainty about aspects of human evolution is not necessarily an issue of ‘religion versus evolutionary science,’ but an issue of universal questions around what it is to be human and about the human experience that affect all of us, across those of all faiths and none. This fundamentally challenges the way we tend to think about evolution and creationism.”

The survey also showed that individuals struggling to accept evolutionary science as an explanation for the origins of life do not have similar doubts about other fields of science. They overwhelmingly accept science as a reliable source of knowledge. 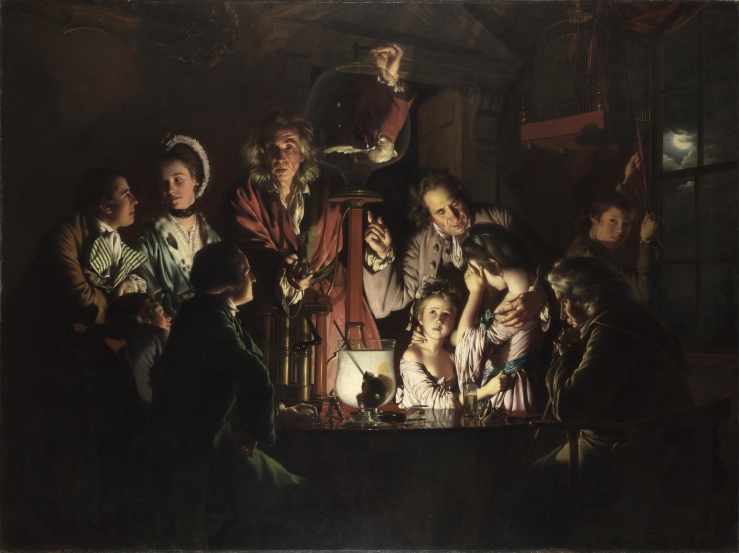 Wright of Derby, Joseph. An Experiment on a Bird in the Air Pump.