“And here, because of the outrageous stench
thrown up in excess by that deep abyss,
we drew back till we were behind the lid
of a great tomb, on which i made out this,
inscribed: ‘I hold Pope Anastasius,
enticed to leave the true path by Photinus.'”
— Dante Alighieri. The Divine Comedy. Translator Allen Mandelbaum.

“Anastasius II, Pope from 496-8, at a time when the doctrine of Christ’s two natures, as God and man, was the subject of a growing rift between the Western (Latin) and Eastern (Greek) Churches. By showing favor to the Greek cleric Photinus, who had been sent to negotiate with him, Anastasius revealed his support for the heretic Acacius of Constantinople (died 481), who had denied Christ’s divinity.” — Notes by Peter Armour 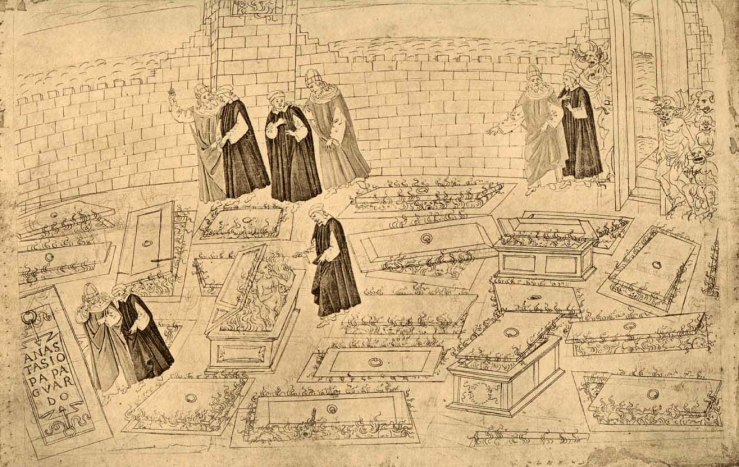 Botticelli, Sandro. The punishment of the heretics. 1495.